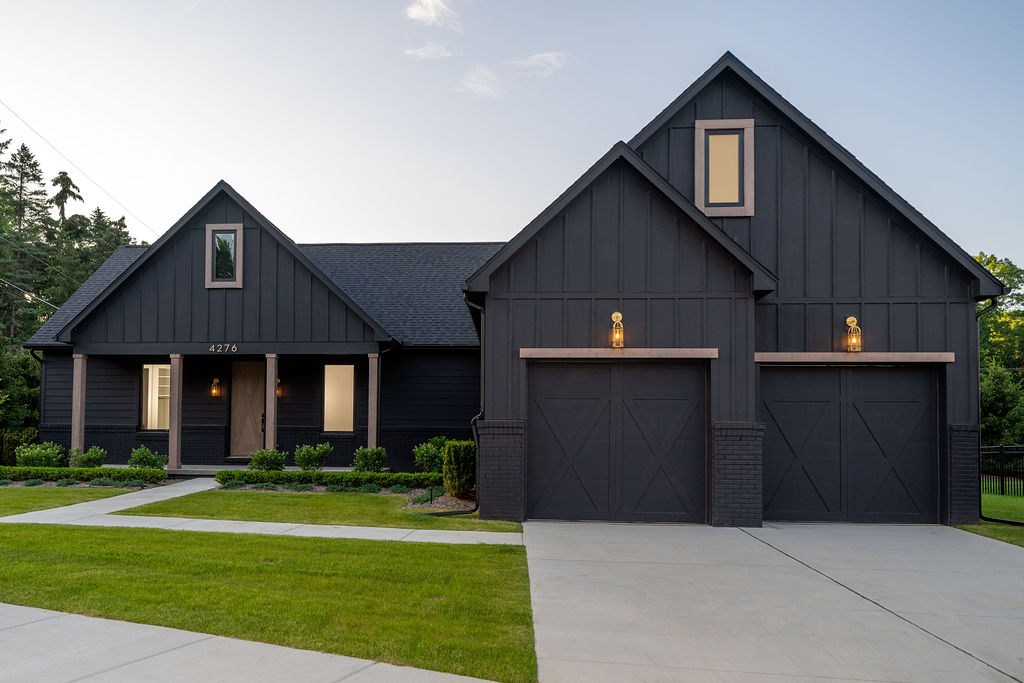 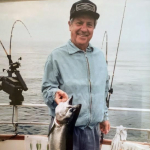 Grandpa
Our story begins over 50 years ago in Detroit, Michigan when Eugene R. Thomas (ERT) built his first home with his own hands. Through hard work and dedication, ERT soon established himself as a leading homebuilder in the state. 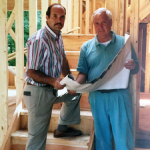 Dad
Over a decade later, Tom Thomasma, ERT's son-in-law, joined ERT to develop condos in Naples, Florida.  With that, a lifelong partnership was formed. ERT, the company, went on to build hundreds of places people call home. 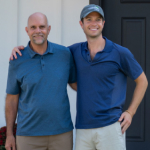 Son
Bradley Thomasma is now the third-generation to carry on the ERT legacy. As Tom's son and ERT's grandson, Bradley is committed to the principles on which the company was founded: hard work, uncompromising quality and the golden rule. In tandem with a talented team, Bradley is set out to expand ERT's footprint into the next generation. The future is bright.

Our team runs much deeper and wider than the people featured.  ERT exists because of a talented, committed and diverse group of women and men who believe in ERT’s mission and give their time and resources to see the company through, to success.  This pool of people includes trades, contractors, advisors, photographers, lawyers, accountants and, above all else, friends and family.  Without these people, ERT would be nothing; but because of them, ERT continues to shine.  Our Team is really the story of these ERT people. 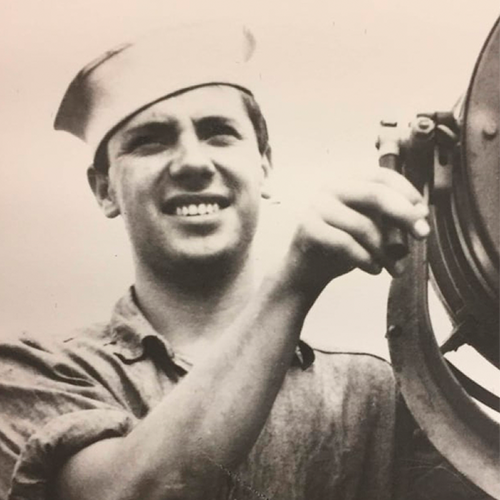 Founder & Spirit
Eugene R. Thomas (ERT’s “Spirit”) (aka “Gene” or “Huge”) grew up in metro-Detroit during the Great Depression. At a young age, Eugene dropped out of school and worked at the local grocery to take care of his 13 brothers and sisters. When he was 17, Eugene forged his age to join the Navy and serve in World War II. He fought in the open seas and, after returning home safely, worked as a butcher before opening a grocery with his brother. After opening and selling a number of grocery stores, Eugene turned his eye toward homebuilding. He didn’t have experience, but he did have desire and determination and, after building his first home with his own hands, his career took off as a builder. Eugene’s business savvy and persistence paid off, and he paved the way for his son and sons-in-law, including Tom (pictured on the right) to join him in the building business. He’s now officially “retired,” but at 93 years of age Eugene’s legacy lives, by Tom and now, his grandson, Bradley. Eugene not only founded ERT, he founded the values on which the company stands today: hard work; the golden rule; and, the lesson that it’s never too early or too late to tell a joke and make someone smile. 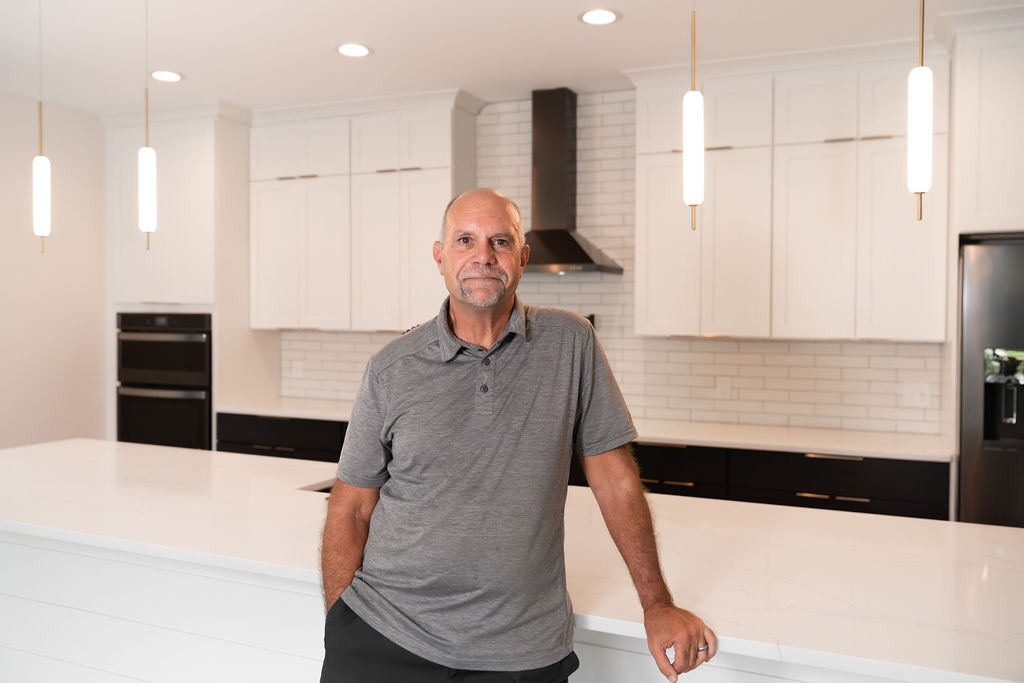 Development
Tom R. Thomasma (whose last name is exactly the same as Eugene’s, but with an “m-a” at the end!) (aka “Tee”) joined ERT in 1984, when he partnered with Eugene to build a beachside condo complex in Naples, Florida. Tom married Eugene’s daughter, Michele, and he now carries the torch as President of ERT, strategically navigating the company through the ups-then-downs of the early-2000s Boom and the Great Recession. Through his leadership, ERT remains one of the longest lasting family-owned building companies in Michigan. Tom’s ingenuity, humility and resourcefulness serve as the pillars of ERT’s longevity, and he brings over 35 years of experience in residential development experience to the forefront. Together with Eugene, he’s built hundreds of homes and developed numerous neighborhoods. The key to Tom’s success is his passion for building, his knack for problem-solving and his ability to get things done. When he’s not too busy running the company, he’s on-site building and leading by example. His motto, “There are no small jobs,” sets the tone for everyone at ERT and embodies the culture that sets this family business apart. 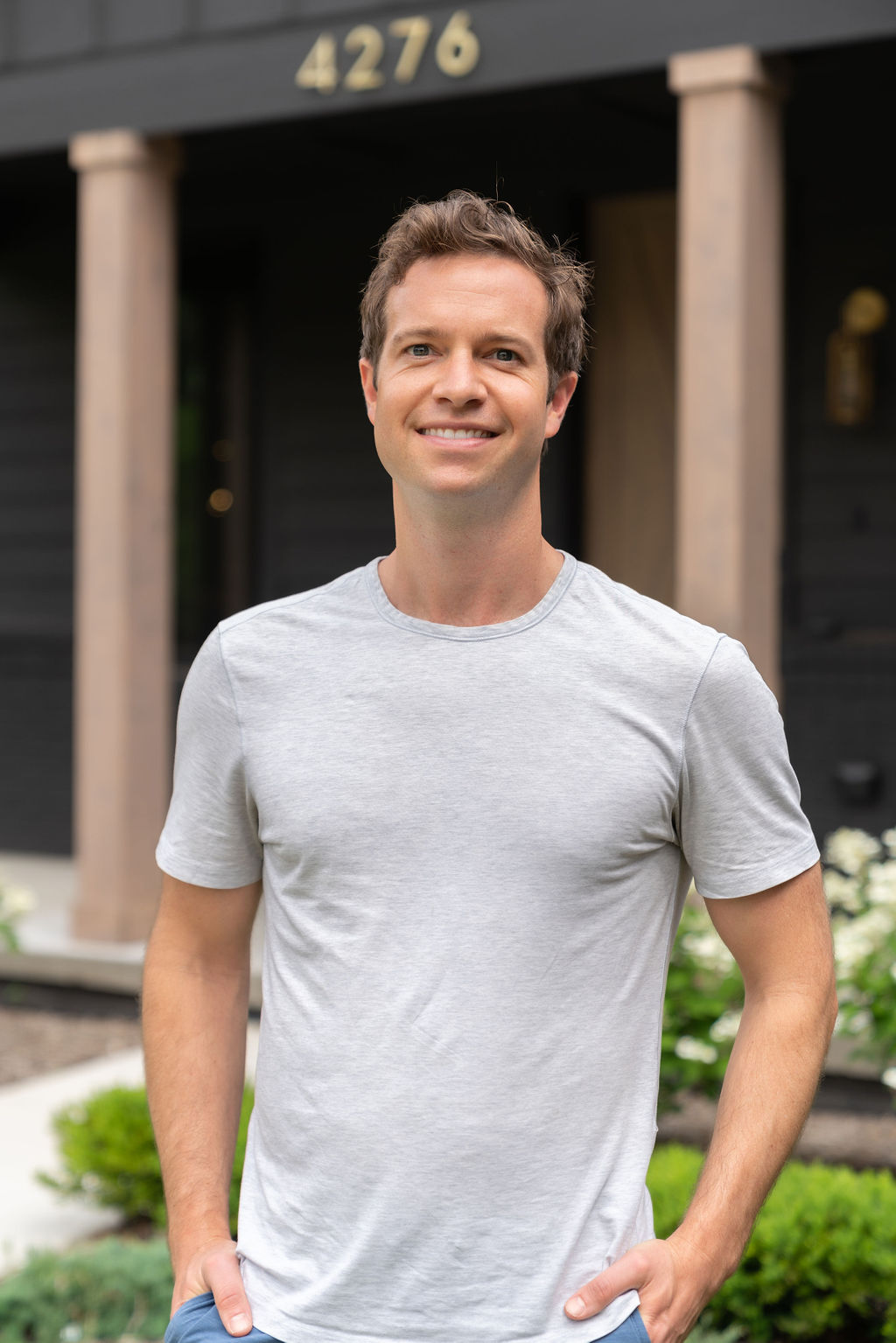 Operations
Bradley R. Thomasma, Eugene’s grandson and Tom’s son, is now the third generation to carry forward the ERT tradition. An attorney by trade, Bradley left his career in big law to join the family business. Like Grandpa and Dad, Bradley is a builder, but his focus is on the behind-the-scenes work that keeps the ERT engine running. Since joining ERT in 2017, Bradley has set out to ensure that ERT is positioned for success. He now serves as Vice President of ERT and is working energetically to grow the company’s footprint. Above all else, Bradley’s grateful to be working with the family and is committed to using building and development as a tool for beauty, community and social equity. 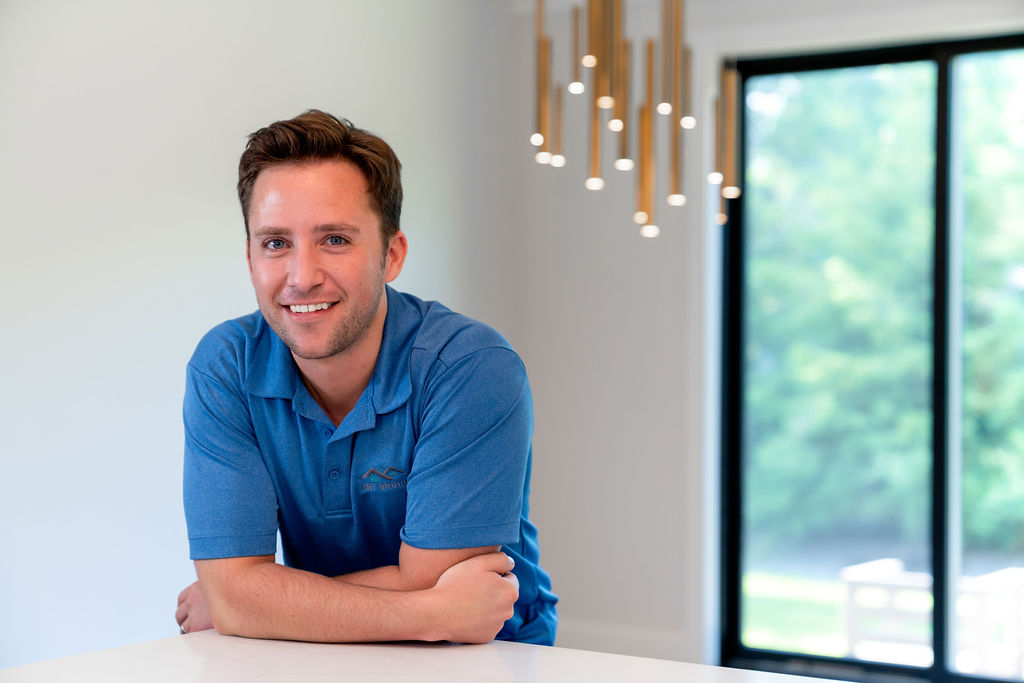 Finance
David W. Streeter, collectively known as “Boy Wonder,” joined ERT in early-2021. David started his career in financial services, performing valuations for publicly and privately held companies at Stout after graduating from University of Michigan with a BA and MBA from the University of Detroit-Mercy. David then transitioned into investment banking prior to launching his own financial advisory firm. After a successful stint at running a business on his own, David was coaxed into joining the ERT team and hasn’t looked back. He loves having his finger on the pulse of the homebuilding sector and works tirelessly behind the scenes to elevate ERT’s operations so that the homebuilding experience for every client is the best it can possibly be—every time. When David’s not building models, solving problems or shorting stocks, he’s playing tennis, spending time with family and listening to anything Whitney Houston or Motown’s greatest hits. What we possibly did before he got here, we still don’t know. 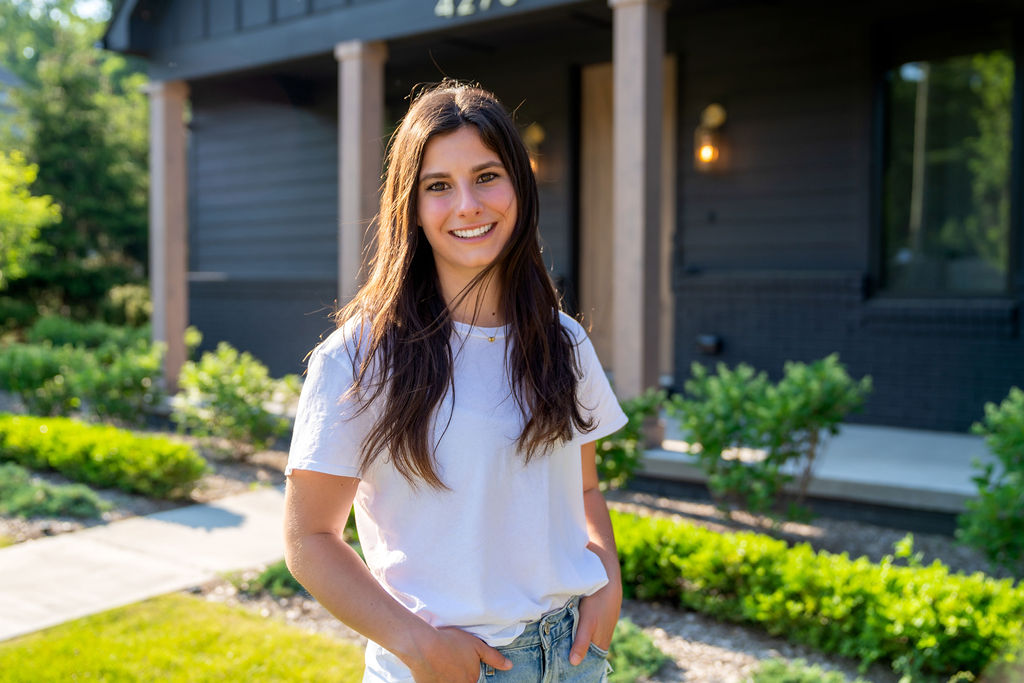 Sales & Marketing
Ariana V. Vespa (Ari for short) dares to go where most builders don’t—digital. She joined ERT at the end of 2020—a year for the record books—with a BA from the University of Michigan and a Masters from The University of Michigan’s Ross School of Business. Along with keeping ERT young, fresh and in touch with today’s lingo, Ari spearheads ERT’s marketing and sales efforts with a focus on its digital presence. Ari dreams of things that never were and asks why not. She’s intent on creating both a physical and digital basis for community that supports ERT’s core values: inclusivity, design, sustainability and innovation. A true team player, Ari played 4 years of lacrosse at U of M and brings her positivity, diligence and energy to the ERT family. 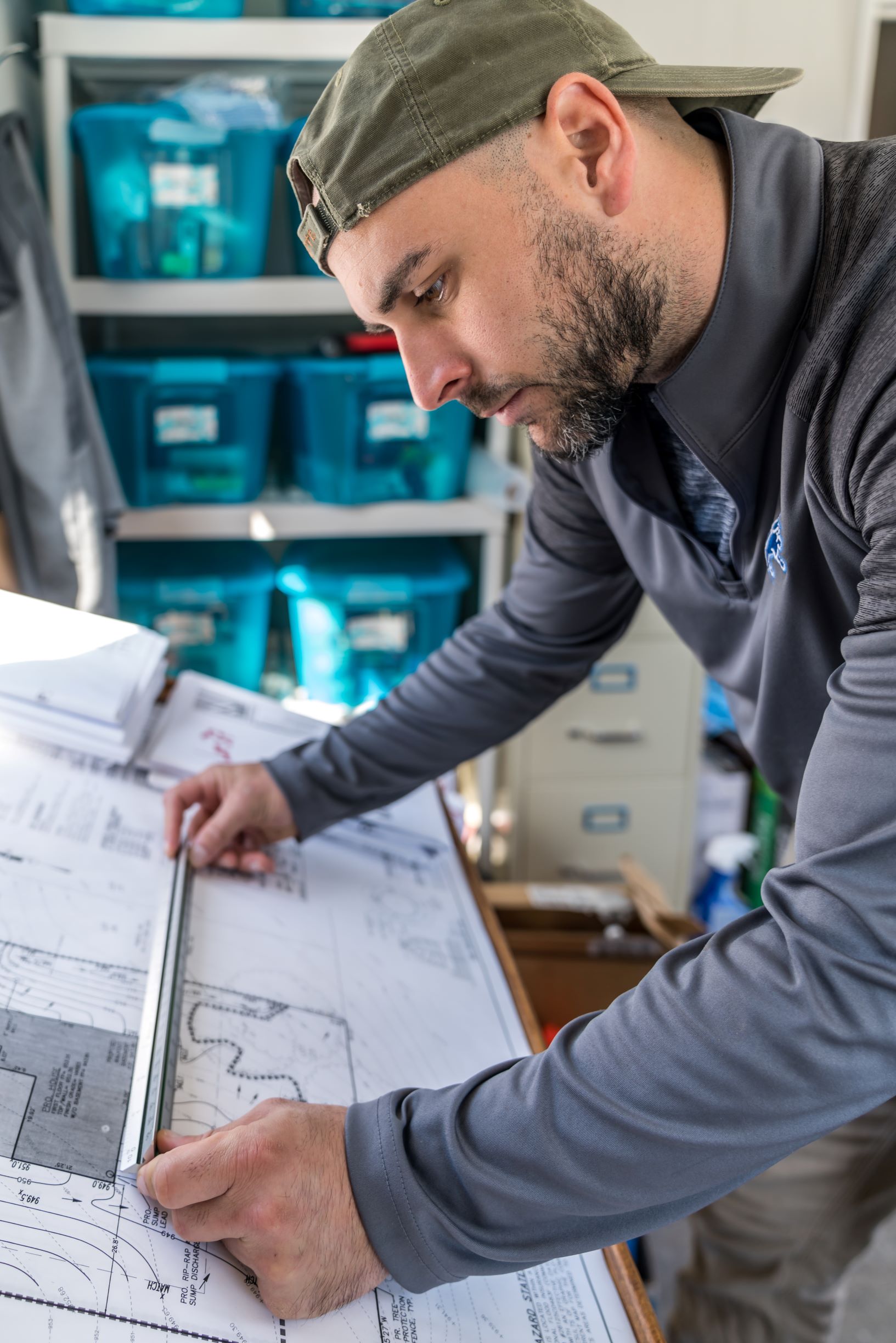 Construction
Tyler T. Stuef is ERT’s lifeblood. He oversees the building of ERT’s homes. His preferred state of work is outside, on-site and with a tool in-hand. Although he only has “Thomas” as a middle name, Tyler is committed to the family values and culture at ERT. Tyler began his career as a police officer before he discovered his passion for building while flipping houses. Tyler dropped the badge, picked up a hammer and went to work for Pinnacle then MI Homes as a construction manager and site superintendent. He’s never looked back. To him, building is more than a career, it’s a calling. He’s a believer in the principle that “the difference is in the details,” and he’s constantly pushing the integrity of ERT’s workmanship and designs. Tyler’s favorite part of the job, however, is pausing for a moment as he drives away from a just-completed home. In his words, “it’s what it’s all about.” This is the ERT way. 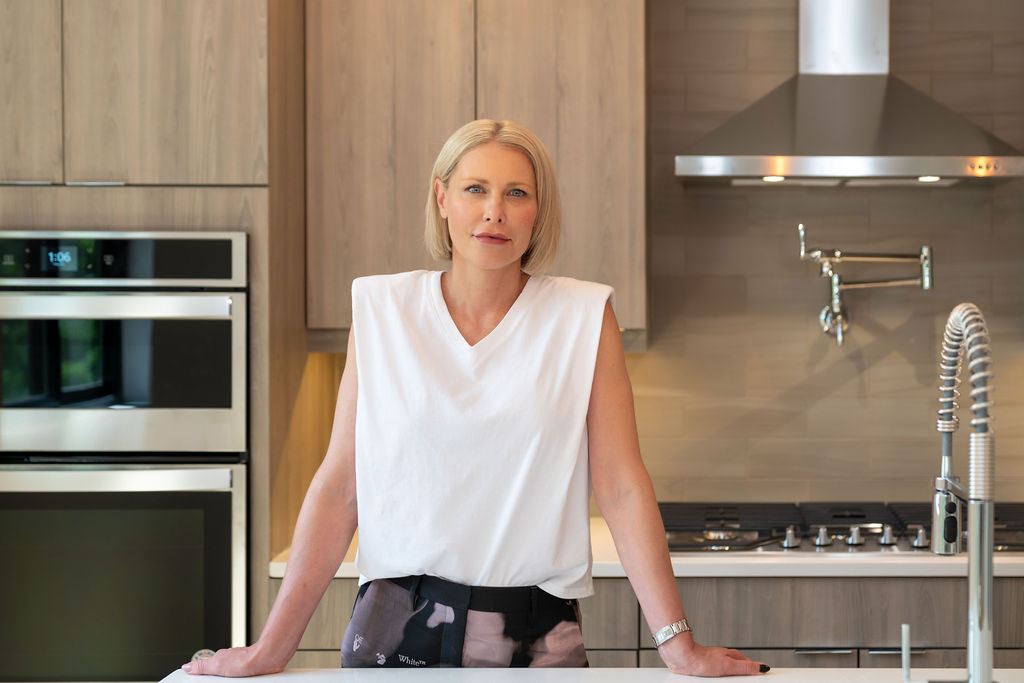 Design
Julie K. Bertuzzi wasn’t so much born into design as she was chosen for it. A humble Canadian by birth (and today, by accent), Julie acquired her taste for design through years of living around the globe. Her interaction with different cultures, places and people were formative to the cultivation of her distinct design aesthetic: bold, seamless, unified. This period of unplanned study prompted Julie to open her own design business centered around a philosophy that promotes a synergistic relationship between function and space. As Julie puts it, “A space can’t just look good. It has to allow life to happen.” Julie joined ERT in 2019 and brings her unique sense of design repose to every created home. When she isn’t comparing color swatches, Julies devotes her time as a mother of two humans and one model pup. Julie loves the challenge of designing homes that withstand the test of time and trend, and she brings with her a daily spirit of joy, humor and comradery that’s as infectious as it is palpable. As Julie responds when given credit for her work: “It’s a dream team effort between us all.” 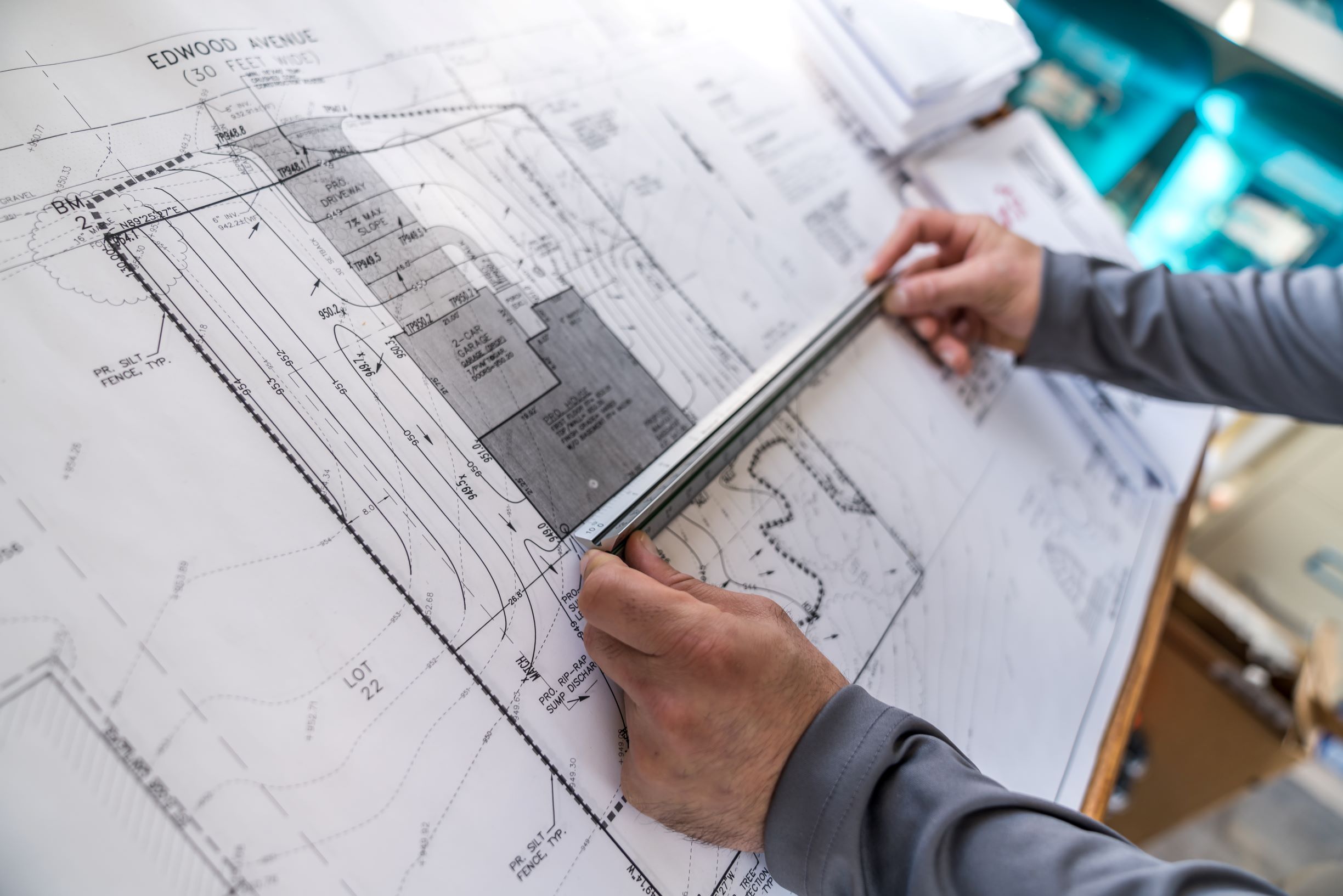 We start with architecture and design. We work with world-class professionals to create home plans that are functional and distinctive.

We then move from plan to action. We leverage 50 years of experience, deep-seeded relationships with trades and process-driven technologies to build homes with enduring integrity and timeless appeal. 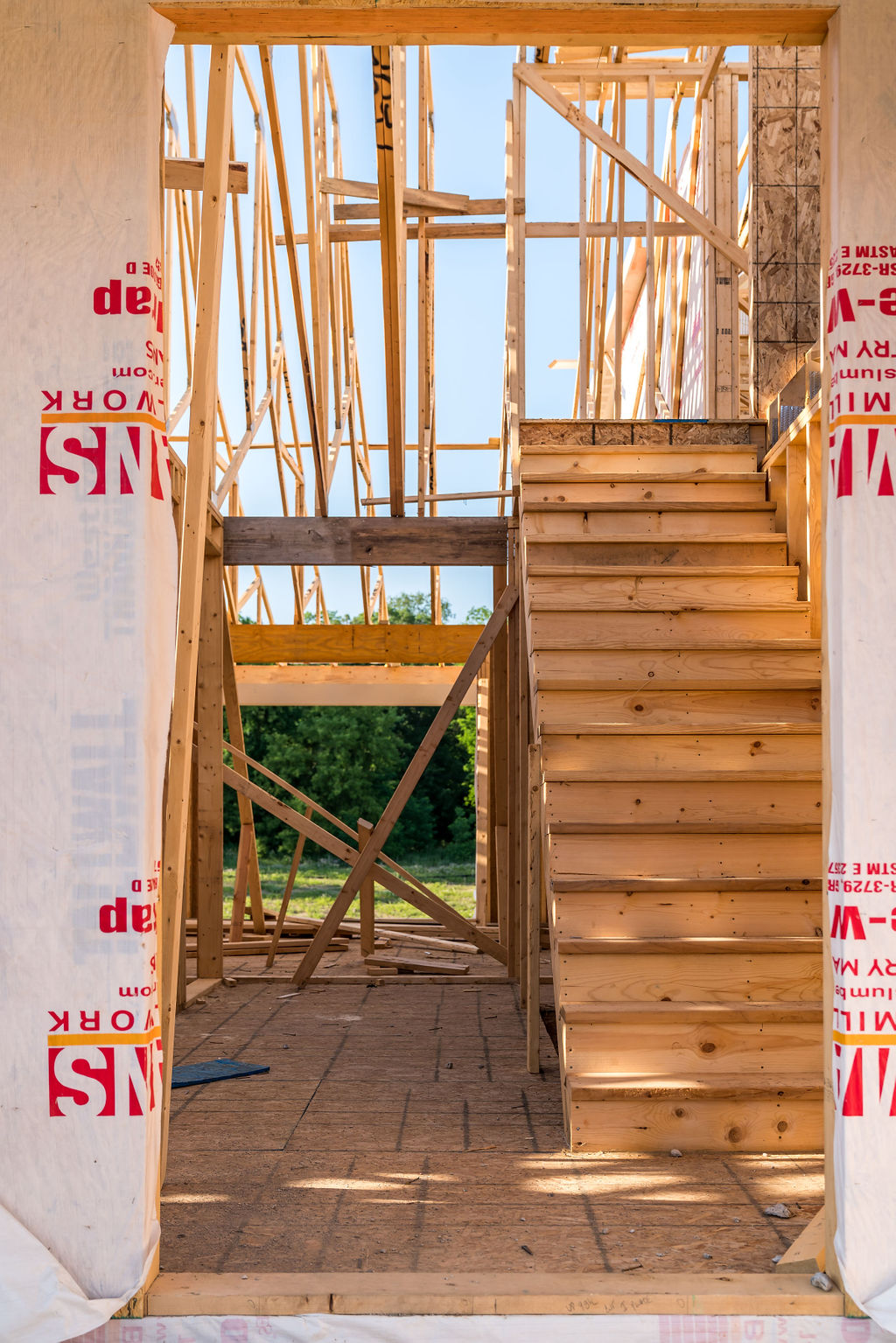 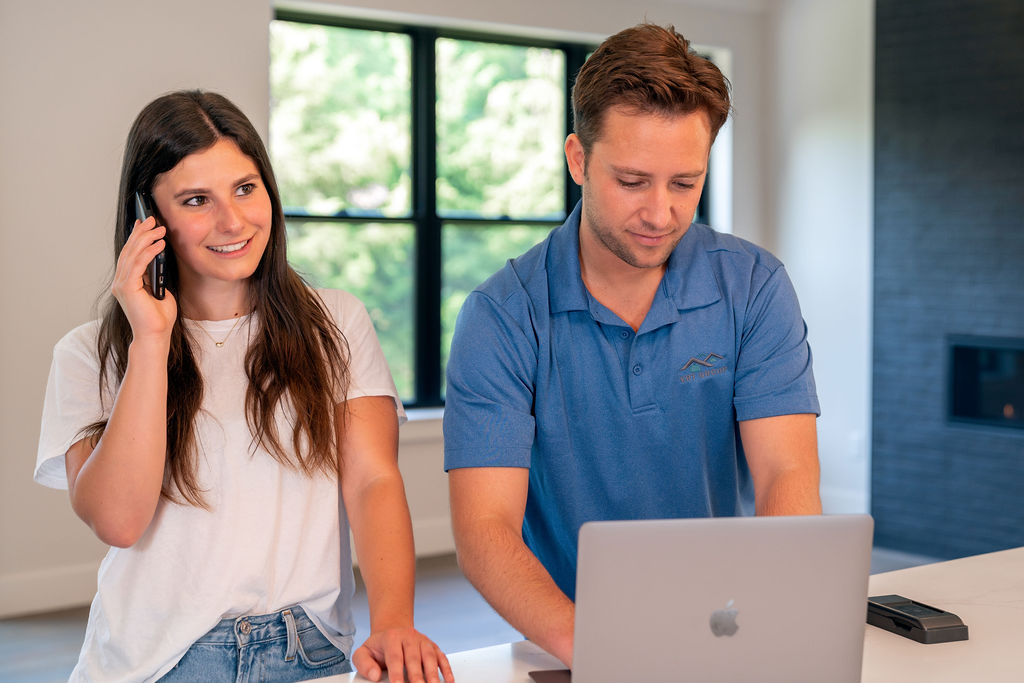 Finally, we communicate and educate. From start to finish, we keep you informed on the construction of your home. We build for you like you're family. That's the ERT Way.

At ERT, the difference is not just in the homes we build, but in the way we build homes.  We love what we do. 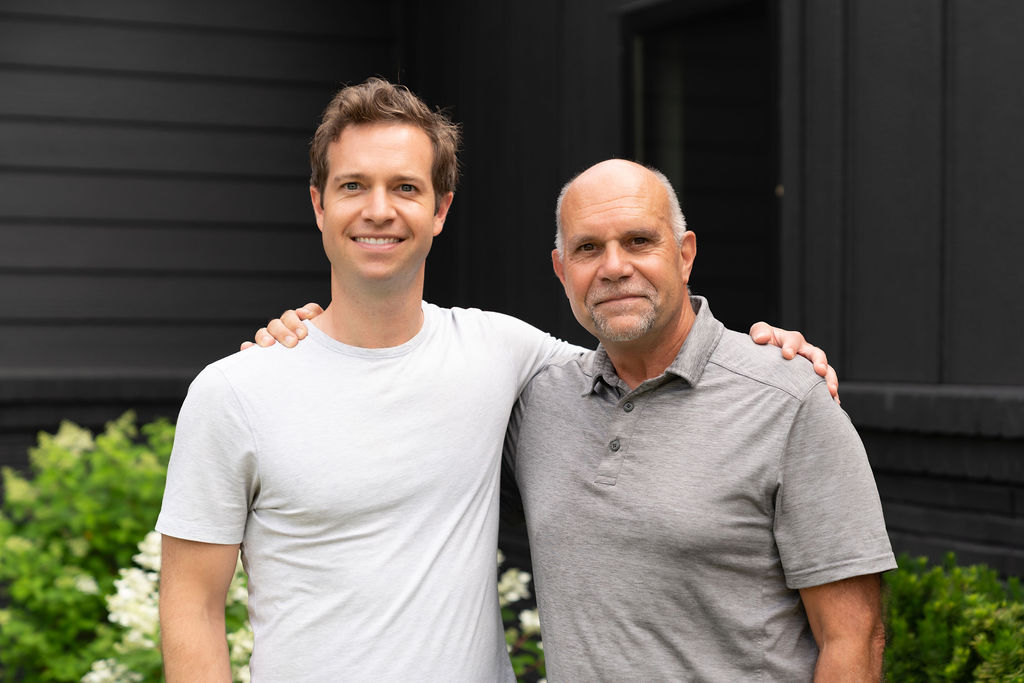 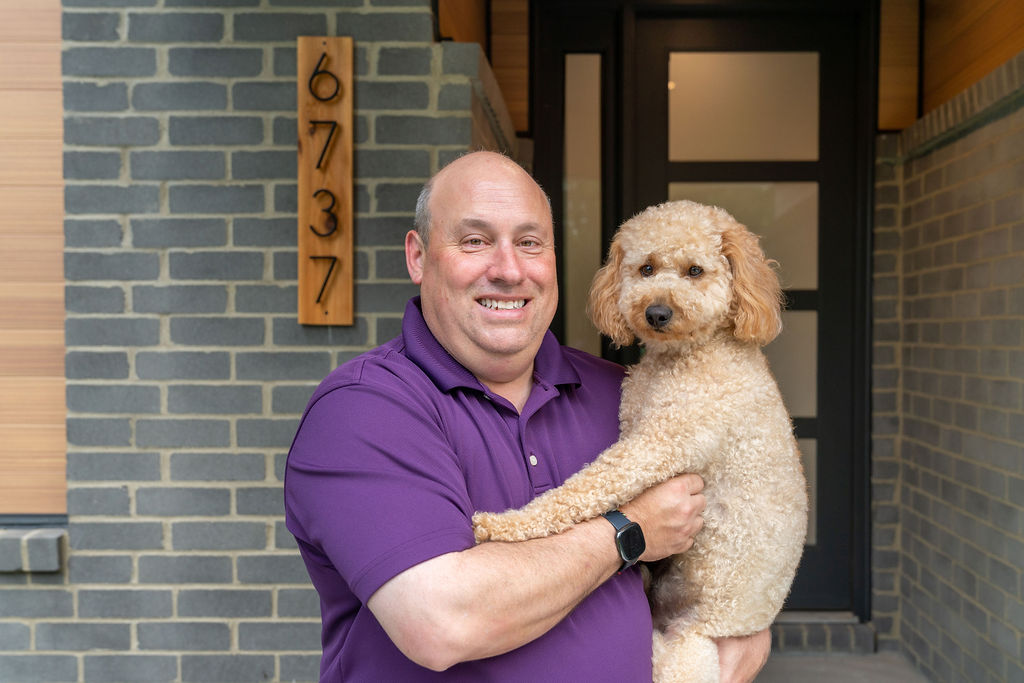 Working with ERT Homes has been an awesome experience. Bradley and his team always went above and beyond to make sure we knew what was happening and when different deadlines would be met. ERT has built an amazing home that we truly love. It was clear for the first walk-through, that as a builder ERT was different from the builders we had met in past. As we walked through the home it was clear that ERT used only quality materials and paid attention to all the little details that other builders did not. ERT did an amazing job picking out finishes and materials that make our home special and timeless. We love coming home to the most unique home in the neighborhood every night. 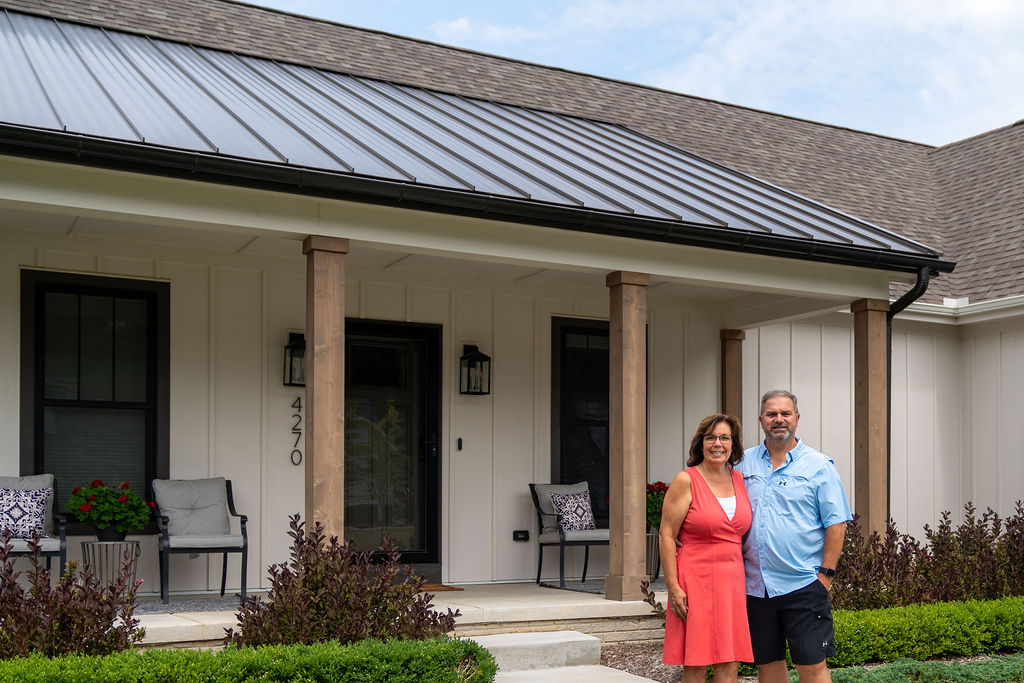 We finally downsized and have found our forever home! Over the years, we have built several new homes that afforded us many experiences. We've found ERT's build quality to be exceptional and their customer service to be second-to-none. We're thrilled with the home we purchased. The finishes and extra touches make it unique and special. Bradley and his entire team were very professional, flexible and accommodating throughout the process, which made this buying experience very smooth and enjoyable. The beautiful open floor plan allows us to have large family gatherings, but is still very easy to maintain. We are very pleased with our new home and encourage other new homebuyers to consider ERT for their outstanding floorplans, attention to detail and customer service. Our new ERT home is perfect for us and we would not change a thing! Thank You ERT!! 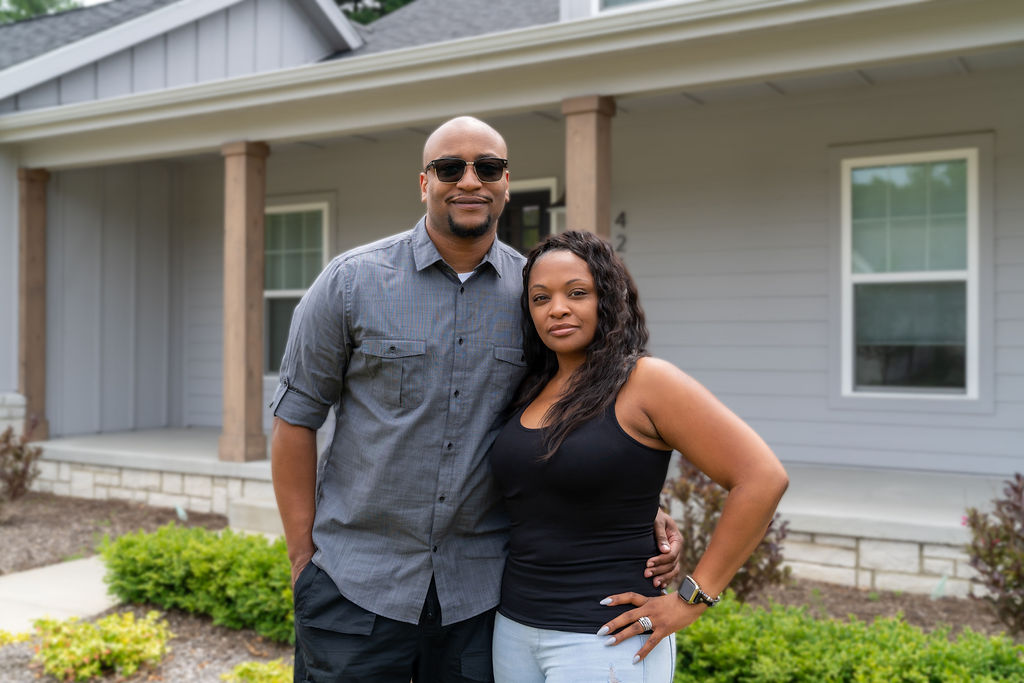 ERT has been extraordinary in providing a path for our family to home ownership. They have gone above and beyond in their mission to help families own their dream homes. Like many Americans, we experienced a few financial setbacks some years ago and, because of that, doors were closed to us when attempting to move towards home ownership. Bradley and his team supported us from the very first step, and have continued to provide resources and guidance for us through the purchasing process. They have not only provided guidance and advice, but what I love most is the friendly, family-oriented, personal touch that is expressed to the residents at Ashton Park. ERT shows that family values and customer service are the core of their business. We are elated to be a part of the Ashton Park family and community.